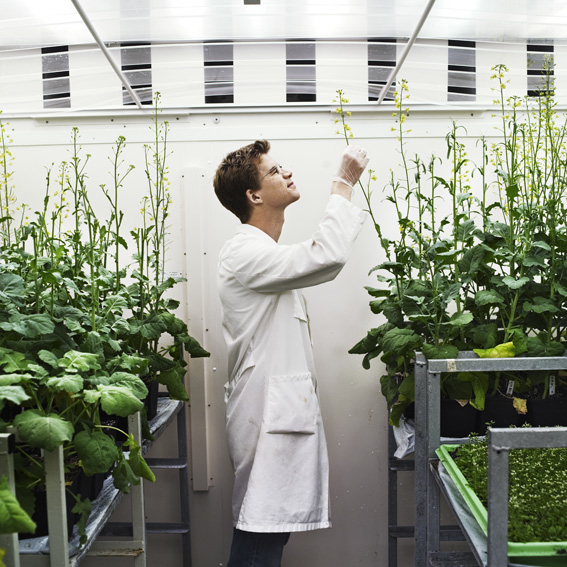 In plants, epigenetics have predominantly been associated with regulation of single genes, often in response to environmental cues. I have, in collaboration with Dr Olof Emanuelsson at KTH, performed a bioinformatics study using available global expression data on floral organ development in the model species Arabidopsis. This study shows that many of the genes that are active specifically in stamens, are situated in small chromosomal clusters on the Arabidopsis chromosomes. Clustering of floral organ specific genes is a novel finding implying an epigenetic regulation of a substantial part of the genetic program regulating stamen development.
The long-term goal of this project is to understand the epigenetic mechanisms that regulate growth and development in an organism. To reach this we aim to develop models for how epigenetic regulation of gene activity is achieved and experimentally verify those models. 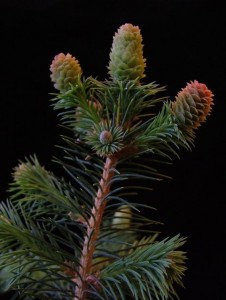 Our conifer trees go trough a long juvenile period before they start to set cones and reproduce. For Norway spruce the juvenile period is 20-25 year. This imply that cone setting is a bottle-neck which make it impossible to practice breeding in conifers in a reasonable time frame with respect to genetic gain and biodiversity. To make conifer breeding more efficient and to ensure an even supply of seeds, the forest industry needs to find new means of controlling cone setting in conifers. I have from a naturally occurring Norway spruce-mutant produced plantlets that initiate cones already in their second year. When grown under accelerated growth conditions these plants produce cones within one year after seed germination.

A long-term goal for this project is to incorporate these early cone-setting clones in the ongoing Norway spruce breeding programs. In collaboration with Dr. Curt Almqvist at Skogforsk, I plan to use these clones as non-transgenic rootstocks to promote early and regular cone setting in selected grafts.