Mechanisms of autophagy and cell death in plant immunity 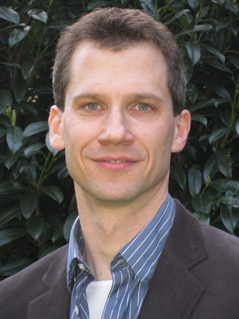 Plants, unlike animals, lack adaptive immune mechanisms and solely rely on a multilayered innate immune system to prevent pathogen infection. One layer engages surface receptors that detect conserved pathogen molecules of bacterial, oomycete or fungal origin to initiate antimicrobial defences. Additionally, antiviral immunity involves recognition and degradation of viral genomes by the RNA silencing machinery. Successful pathogens inhibit these basal immune responses by the delivery of effector proteins or silencing suppressors inside the host cell. Plants have therefore developed another defence layer to detect effector modification of host targets via different immune receptors (resistance or R proteins). These potentiate disease resistance in association with a localized programmed cell death reaction, known as the “hypersensitive response” (HR). Many key factors of the HR have been identified but the molecular mechanisms and pathways of cell death execution remain poorly understood.

Picture 1 and 2: HR-associated cell death and autophagy induction upon bacterial infection. Picture 3 and 4: Suppression of autoimmune cell death in acd11 by lazarus1 mutation Execution of programmed cell death. One line of our research focuses on the identification of regulators and executioners of HR-related programmed cell death. To attain this objective, we use genetic, biochemical and cell biological approaches, and explore different models of pathogen-induced HR and autoimmunity-related cell death (e.g. “lesion mimic” mutants) in Arabidopsis. We have recently shown that autophagy, an ancient vesicular pathway for bulk degradation and recycling of cellular content (“self-eating”), contributes to cell death triggered by some R proteins. In addition, analysis of genetic suppressors of acd11 (lazarus mutants) revealed novel endosomal factors in the control of HR-associated cell death. We currently aim to unravel the functions of autophagic and endosomal regulators and determine the links between the pathways in which they function to pathogen recognition, signaling and death execution. Autophagy in basal immunity. Similar to the importance of “self-eating” mechanisms in animal immunity, we have demonstrated a role of plant autophagy in limiting infections of some bacterial, oomycete and viral pathogens. We now aim to identify the signals and pathways that lead to stimulation and protective functions of autophagy in response to these diverse pathogens. In this context, we will unravel potential crosstalk of autophagy with other defence and stress pathways, and use different approaches to identify host targets of pathogen effectors aimed to suppress or evade autophagic defences. One of our long-term goals is to determine whether manipulation of the autophagy machinery can be exploited to increase pathogen and stress resistance in plants.